“The world no longer forms a single political system”.[1] Such is the argument advanced by Robert Cooper in The Breaking of Nations: Order and Chaos in the Twenty-First Century, published in 2003. In the same year, Robert Kagan argued in Paradise and Power: America and Europe in the New World Order that the United States and Europe were so different from each other as that one might think them to be from different worlds altogether, the United States from Mars and the Europeans from Venus.[2] The Kagan-Cooper debate thus essentially revolves around the dynamics of the Post-Cold War order, with Cooper placing his focus on the concepts of statehood and Kagan placing his on the transatlantic relationship between Europe and the United States of America. According to Kagan, the end of the Cold War highlighted a power disparity between the United States and Europe, which was so great as to have fundamentally estranged the two. According to Cooper, however, the end of the Cold War most decisively marked the end of the balance-of-power system in Europe.

This hence raises the question of whether Kagan’s and Cooper’s arguments reinforce or contradict each other. In response to this question, the paradox of the Kagan-Cooper debate is that they mutually reinforce but also mutually contradict each other. In its first part, this review paper will offer an account on where Kagan’s and Cooper’s main arguments compare and in the second part, where they contrast. In the first part, it will define and discuss Kagan’s and Cooper’s shared notions of a post-modern security environment within Europe and of a modern security environment for the United States. In the second part, it will then explore their diverging understanding of the role of power in Europe and of whether the United States and Europe truly misunderstand each other, as Kagan claimed.

A. Post-Modern Security within Europe

When Kagan argued that the Europeans were from Venus, what he implied was that they had moved beyond power and force as a means towards obtaining their interests. He perceived Europe as a “post-historical paradise”, a self-contained cosmos, governed by laws, negotiations and cooperation. In the aftermath of the Cold War, he argued, “Europeans had stepped out of the Hobbesian world of anarchy into the Kantian world of perpetual peace”.[3] This idea appears almost synonymous with Cooper’s definition of the post-modern order, for which he used Europe as his primary example. Based on the Treaty of Rome of 1957 and the Treaty on Conventional Forces in Europe of 1990, the post-modern security environment within Europe was based not on balance, sovereignty or on the separation of foreign and domestic affairs, but on mutual vulnerability, transparency and interdependence. “The solution to the prisoners’ dilemma,” he claimed, “lies in ending mutual secrecy”.[4] Thus, Kagan’s and Cooper’s understandings of the nature and functioning of the intra-European security environment are largely overlapping and mutually reinforcing.

B. Modern Security and the United States

Kagan and Cooper similarly share an understanding of the security environment of the United States in the Post-Cold War order. In Kagan’s terms, the United States is “stuck in history”, in a Hobbesian world of power politics, where there are no rules or laws and where security depends on the exercise of military might. Cooper seems to share this view, yet he expresses it within a theoretical paradigm of statehood, which he refers to as the “modern order”. In said order, he agrees with Kagan, the ultimate security guarantor is the use of force and stability is achieved either through a balance-of-power or through the hegemonic domination of a powerful state. Kagan and Cooper further agree not only that the United States is such a hegemon, but that it is to thank for the existence of the post-modern security environment in Europe. Therefore, at least on the surface, Kagan and Cooper appear to agree on a common set of perceptions as to the nature and logic according to which the United States and Europe operate in the Post-Cold War Order.

A.    Whether Post-Modernity Implies Weakness

Yet where Kagan and Cooper differ remarkably is in their understanding of the relationship between post-modernity and weakness. Kagan in fact contradicts himself in this respect, for he claims that “moving past power” in Europe is synonymous with descending into weakness, which is not the same. The end of the Cold War, he argued, “Did not see the rise of a European superpower but the further decline of Europe into relative military weakness compared to the United States”.[5] Weakness, in Kagan’s assessment, resulted in a different calculation of interest and differing perspectives on international law and international institutions. Cooper does not dispute this, but he realizes that Kagan’s cause-and-effect argument is too simplistic. “Europe may have chosen to neglect power politics because it is militarily weak; but it is also true that it is militarily weak because it has chosen to abandon power politics”, he argues instead.[6] Thus, unlike Kagan, Cooper recognizes Europe’s move beyond power may have been a pro-active step undertaken by the Europeans, rather than a reaction to the demise of the Soviet Union which, in Kagan’s words, “Eliminated [its] need for geopolitics”.[7]

Cooper’s argument could not be further from Kagan’s in this sense. For Cooper does not believe that power disparities among the United States and Europe lead to differences in threats. Instead, he argues that it is not a function of power but of identity, why the United States and Europe respond differently to a common set of threats, such as terrorism and the proliferation of weapons of mass destruction. As a modern state, the United States exercises its hegemony to counter these threats while, as a post-modern community, Europe seeks to extend its system of cooperation, legitimacy and interdependence instead. In essence, therefore, Cooper makes an even more compelling case than Kagan for the idea that Europe and America are from different worlds. Yet the difference is that he perceives these worlds in terms of coexisting orders here on earth and their differences in terms of identity and not solely in terms of power.

B.    Whether the United States and Europe Understand Each Other

On a related note, Kagan argues that the United States and Europe “Understand each other less and less”.[8] What he means by this is that the American and European perspectives on the value and use of power have become so staunchly opposed to each other as to be no longer interoperable. Europe, so Kagan, promotes multilateralism, whereas the United States pursue unilateralism, the two being incompatible. Yet in Cooper’s argumentation, there is no mention of such a misunderstanding. In fact, “The gap between Europe and the United States is not just about capability: it is also about will,” he argues.[9] This implies that the United States and Europe in fact understand each other’s positions and that their diverging development is a matter of disagreement, rather than misunderstanding. The problem is rather that post-modern openness and modern secrecy do not coexist well. Naturally, the problem that this raises is that through globalization, the two orders are inherently connected, which again in turn raises Kagan’s interjection on the feasibility of the coexistence of differing world views.

It thus follows that Paradise and Power and The Breaking of Nations reinforce and contradict each other on multiple occasions. Both recognize the post-modern security environment prevalent within Europe and the modern security environment in which the United States still finds itself. Yet whereas Kagan attributes the resulting and diverging modus operandi to a discrepancy in power, Cooper traces them back to differences in their identities. On this basis, Cooper does not argue that Europe and America increasingly fail to understand each other, but rather, that they consciously opted for differing modus operandi.

Thus the value inherent in the Kagan-Cooper debate is that each author inherently raises critical questions about the other’s working logic. Both remain sceptical about each other’s perceptions of the role of power in relation to the identity of Europe. Their shared accomplishment rests in the notion that in the Post-Cold War Order there exists, albeit geographically contained, a largely feasible manner in which to conduct international relations, which does not primarily rely on a balance-of-power mechanism. 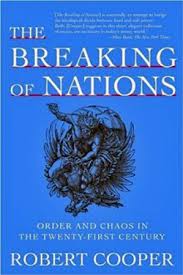 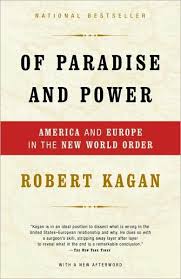 [1] Robert Cooper, The Breaking of Nations: Order and Chaos in the Twenty-First Century (London: Atlantic Books, 2003): 16.